Posted on December 11, 2014 by Agingadventurer 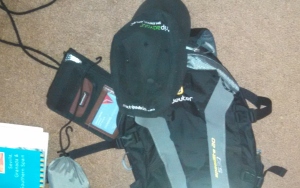 Over the past 15 years I have experienced some clever pick-pockets and lost a few items on more than one occasion. First time, in a  Barcelona subway,  I was set up by an elderly man who fell over in front of me; when my friend went to aid the old guy, he barely felt his pockets being emptied by other “helpers”.

A few years older and wiser, I caught a woman about my age with her fingers lightly placed on each side of my purse, containing my money and Visa card, on a city bus in Tallinn, Estonia.  I didn’t create a scene but scrutinized her every move as I backed away into a more secure spot. Undaunted by me she snuggled up to my friend. I prepared to scream and swat if she so much as touched the backpack he was carrying. When she jumped off at the next stop I proudly proclaimed my fierce protection of our belongings.

He noticed however that his back pocket was empty.  I felt absolutely horrible, why hadn’t I done more to support our economic safety? He began chuckling uncontrollably and made me jump off the bus with him in search of our crook. He wanted to see her face when she opened his hoisted billfold containing only toilet paper.

Unfortunately we are not as clever and alert as we should be.  The guidebooks featuring St. Petersburg, Russia had duly warned us of the various transportation travails. The taxi drivers could fleece you on the fare, the metro was known as precarious due to gangsters and the bus system was too confusing to navigate unless you read Russian (something I only think I can do after a few vodka martinis).

Tired of walking, I decided to risk the deepest underground system in the world. The escalator went down and down and down (as did my confidence). We looked like tourists: my companion was the only one in the city in a ball cap and he carried his map like a kid waving a flag in the Independence Day Parade. Even though we could not write the language we had tourist and ‘invitation to thieve’ written all over us in big bold Cyrillic letters.

I stopped long enough to ask a young woman the right way to our destination. She was interrupted almost immediately by a tall man with a gruff tone who told us that we needed to go in the opposite direction.

Although confused we were delighted to be helped and off we went. We heard the train approaching but did not see it as there was nothing but walls along this corridor. We hesitated, not having experienced such a subway. We began looking for a sign or something with a feel of familiarity.

With no warning the sliding doors in the wall opened and we were literally thrust into the car violently by a group of men behind us. My feet were not touching the floor; there were hands all over me and I was crushed, folded and pushed into others. My friend was trying to get to me as I groaned in obvious distress. He came to my defense only to have the mob of about six oversized zealous men release me and descend upon him.
Within seconds they were gone, the doors had closed and we were headed in the wrong direction, happy to be relatively unhurt even if we were mad as hell. We didn’t need to check out our pockets. They were much lighter, including the zipped ones in front! 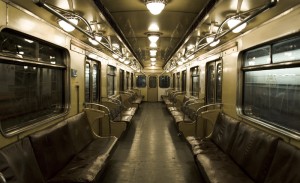 I have now visited over 100 Countries and hope to add at least 5 every year.
View all posts by Agingadventurer →
This entry was posted in travel and tagged pick-pockets, public transportation, safety, senior travel. Bookmark the permalink.