While most tourists seek out the incredible beaches of this nation, I opted to visit Santo Domingo, the capital and largest city.  I didn’t plan to explore the entire city nor do a day side trip elsewhere so I decided to stay in the Zona Colonial and walk as far as I could in two days time.

The ride into the city was expensive and distant; I knew I would not be back to some of these places and asked the driver to stop so I could snap a photo.  Then he surprised me by dropping me off at a different hotel than I had booked.  Apparently mine was now part of the expanding ruble and the company put me up at another in their “chain”.  I was incredibly lucky as it was actually part of the original city wall,  next to all the excitement but quiet enough for a good night sleep. 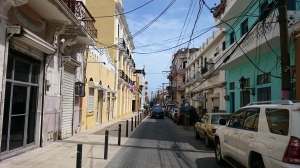 Around every corner and down every street were old historical buildings, colorful homes above shops, and plazas full of music, birds and a very cosmopolitan mix of people. 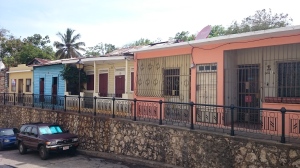 Calle de Conde is a pedestrian street lined with both shops and artisan displays.  There are restaurants, a few hotels, museums and lots of action including political demonstrations. 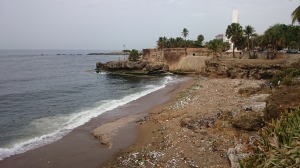 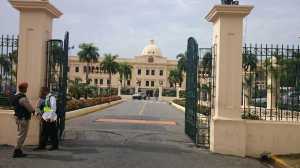 Besides the old city, I was able to walk through most of Gazcue which is one of the oldest neighborhoods featuring many grand old houses and I also ambled up El Malecon with the waterfront on one side and huge casinos on the other. 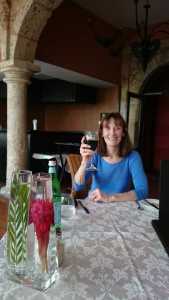 A city definitely worth toasting!

I have now visited over 100 Countries and hope to add at least 5 every year.
View all posts by Agingadventurer →
This entry was posted in travel and tagged Columbus, Gazcue, Santo Domingo, Zona Colonial. Bookmark the permalink.