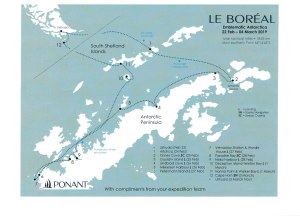 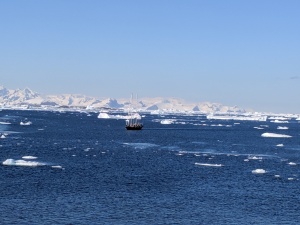 Before my trip, Swoop Travel suggested I read “South: The Story of Shackleton’s 1914-1917 Expedition” and I followed that up by watching  PBS’s “Chasing Shackleton”.  I wasn’t sure if I should be frightened or excited to sail those waters!  The desire to explore this White Continent was shared by men of many nations as they raced to the South Pole. In 1961 the Antarctica Treaty System created an agreement between many countries (12 at that time) preserving this land as peaceful, cooperative among nations, and as a scientific research area. 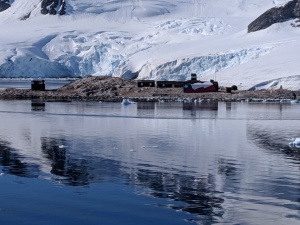 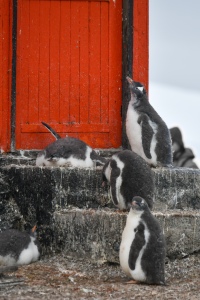 The names of the Straits, the Islands, the Coves, the Seas all honored those who came before.  History and Geography were daily lessons offered to those on board my ship.

Crossing the formidable Drake Passage was not as daunting as it could have been.  In fact, the pilot called it a 2 out of 10.  Pushing my limits by going to the gym, attempting both yoga and treadmill running, left me without “sea-legs” and an unpleasant  first 24 hours.

Because of the good weather we were able to make our first stop late on the second day, Aitcho, allowing me to surround myself with penguins and get a first whiff of their unmistakable stench. 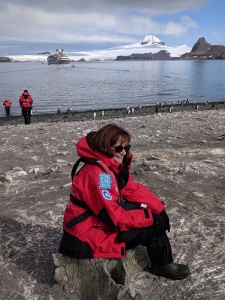 We then passed by Iceberg A57A before entering Antarctic Sound where we attempted to reach the Weddell Sea, the coldest ocean in the world.  Unfortunately ice floes and icebergs blocked out entrance but it was fascinating to hear the crunching sounds of the ship attempting passage. Instead we visited Kinnes Cove and Gourdin Island where we added the Adelie penguins to the Chinstrap and Gentoo we had already seen. 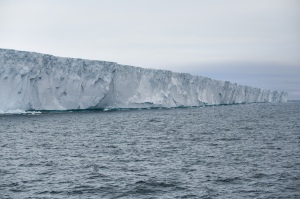 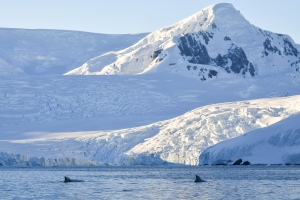 Linblad Cove and Mikkelsen Harbour were the landings the next day. Linblad was named after the conservationist who led the first tour cruise to Antarctica in 1966.

We visited the Vernadsky Station, a working  research base for the Ukrainians. Most of the inhabitants were there for the summers only but there were those who stayed all year-long during the dark winters and actually created many of the souvenirs they sold in their gift shop! 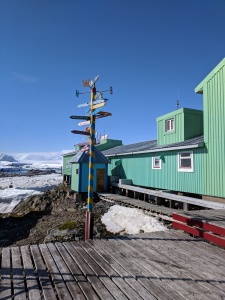 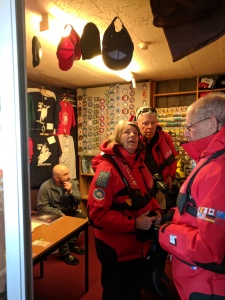 Paradise Bay was where we encountered the friendly Minke whale, the small avalanche, and amazing icebergs close up. This site along with Neko Harbour is certainly one of the most scenic areas on the Antarctic Peninsula. 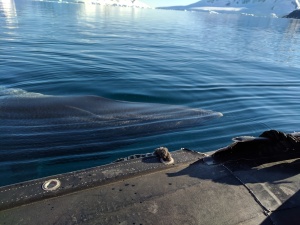 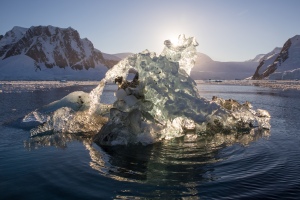 Deception Island is the caldera of an active volcano and one of the safest harbors. It is now both a tourist destination as well as a scientific outpost.  It has a very narrow entrance with a big rock only 8 feet below the water in the middle of the channel. 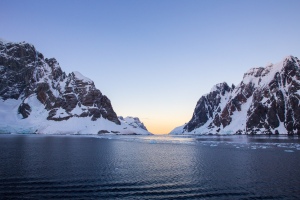 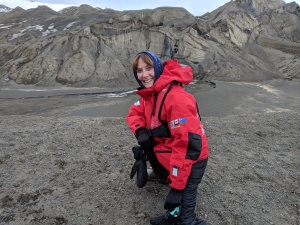 On the last afternoon we sailed by Cape Horn where the Atlantic and Pacific Oceans meet. Our seas were calm unlike many days when the strong winds, strong currents and large waves can make this very treacherous especially for yachts and other smaller vessels. 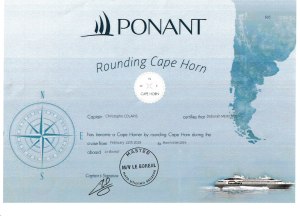 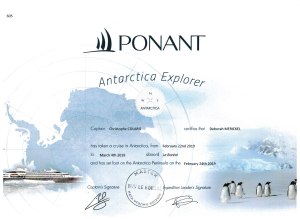 The Le Boreal safely delivered all 208 passengers safely back to port.  Of these, eleven were naturalists with ranging areas of expertise. We had a few more women than men, probably because this was one of the few cruise ships that offered a “no supplement” for singles.  Over half were from France with US citizens claiming 48 of the spots, the Australians followed with 18 and the remaining were from 15 other countries!