Why is French Guiana Still a Republic ?

Posted on August 19, 2019 by Agingadventurer

French Guiana is the last land in the Americas to be controlled by a foreign power.  It is also the only one where French is the official language although its close proximity to the Caribbean means the culture is more similar to theirs than that of France. So why didn’t they vote for independence? It’s complicated and sometimes conflicted; however the  mutual benefits for France and French Guiana outweigh any separation right now.  The Guiana Space Center is important to both the French and the local economy. Also, the social services offered and overall standard of living are higher here than its neighbors even though unemployment is high.

Prior to the creation of the European Space Agency, this small Republic was notable for the Devils Island Prison System which housed France’s political and dangerous criminals. The book and movie Papillon was based on this brutal operation.

My tour included a visit to Cayenne and this capital city’s most famous landmarks.  The whole “country” has less than 300,000 people so it didn’t take more than a half a day. We also visited St. Laurent, a small village that housed the transportation camps for the prisoners and saw the actual cell where Henri Charrière was held before he was sent to Devil’s Island. 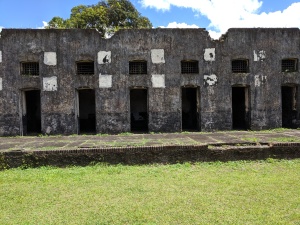 I spent a fun day on the catamaran, sailing to the three islands that were all involved in this huge prison camp.  Devil’s Island is not open to tourists but we spent some time on both St. Joseph and Isle Royal.  Some of the haunted buildings have given way to a hostel, restaurant and an open camp land for visitors. The fact that I was the only female in my small group led to a few activities I might not have taken otherwise: like a climb down a path that said “no access” and an invitation to swim back to the boat instead of taking the zodiac. 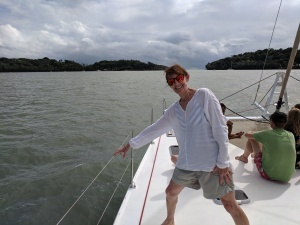 Part of the space station was closed due to an impending launch but we were able to access the museum and gift shop. The replica of the Mission Control Center above is made from legos! 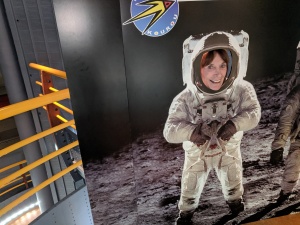 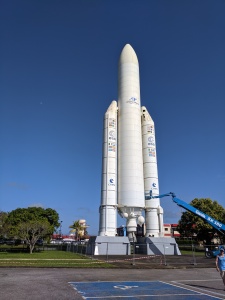 I have now visited over 100 Countries and hope to add at least 5 every year.
View all posts by Agingadventurer →
This entry was posted in travel and tagged Cayenne, Creole, Devils Island, France, Kourou, Republic, Space Center. Bookmark the permalink.

2 Responses to Why is French Guiana Still a Republic ?