Posted on January 12, 2015 by Agingadventurer

The State Department issues warnings about traveling to certain countries, sometimes more specifically to particular areas within or around their borders.  Upon checking the list,  one might  never venture out the front door.

I wonder sometimes if other nations are scaring their citizens enough to keep them from coming to the U.S.A.  I remember a few years back when thugs were carjacking tourists driving rental cars at the Miami airport. I know that busses in Las Vegas used to give warnings over the loudspeaker urging passengers to watch their pockets and purses.

My first trip to a danger zone was when I went to Zimbabwe in 2001 as the soldiers were emptying grocery shelves, the government was doing everything they could to crush the opposition and their currency was failing quickly. My trip was to see the wonders of the world and Victoria Falls was on my list. I was dumbfounded when the first Westerner I saw asked what the hell I was doing there. All in all it was an okay time, hotels and food were pretty cheap and I stayed out of the big cities.

Since then, I’ve made a point of being more aware and checking the Canadian government advice as well. And my daughters work at a global company that follows political climates pretty carefully and they will pass on information if I’m going somewhere sketchy.

The second time I went to Egypt it was in the middle of the Arab Spring. In fact KLM had cancelled half their flights and there was  daily action at Tahrir Square along with an army presence. Good news was that there no lines whatsoever at the pyramids. 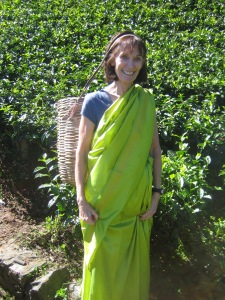 I went to Sri Lanka with one of my daughters when there were still bunkers in use along the roads….and 2 bombs went off within a few kilometers of us while we were in Colombo. But we were told they wouldn’t bother the tourists, it was political. Okay I guess.

I’m planning a trip to Beirut. I can’t wait as I like Lebanese food, heard they have great wine and some pretty terrific sites. I will stay away from the Lebanon/Syria border.

I have now visited over 100 Countries and hope to add at least 5 every year.
View all posts by Agingadventurer →
This entry was posted in travel and tagged State Department. Bookmark the permalink.