Changing money can be troublesome.  I get the math mixed up when I try to think too hard.  I confuse the rates.  Was it 12 to 1 or 1 to 8 or…..One can imagine where this might lead.

I remember being in Cambodia, visiting the killing fields when two young boys on bicycles made the occasion less brutal by their cuteness and their use of the English language on me.  They were asking for money without really begging.  I was told that this was accepted here and therefore  permissible for me to oblige.  I reached into my pocket and brought out a “1000” note which was not much…maybe worth a USD quarter but the boys were most excited, promised to share and were very appreciative.  It wasn’t until later that I realized I gave them a Thai baht ( I was saving it for my departure tax from Bangkok) and not a Riel. 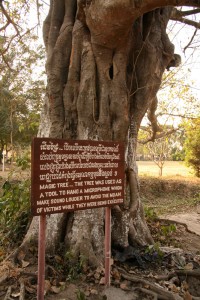 Then there was the time I was planning my birthday trip to St.Petersburg, Russia.  One of my nieces was at the going away “party” with her boyfriend who happened to be a Canadian hockey player who had played in the World Championships in Moscow months earlier.  He reached into his wallet and handed me a wad of bills that he had forgotten to exchange before leaving….as soon as I got home I checked (hockey term) the exchange rate and discovered I had over $400 USD.  Needless to say, I did send some $100 notes in my thank you card.

I have now visited over 100 Countries and hope to add at least 5 every year.
View all posts by Agingadventurer →
This entry was posted in travel and tagged baht, money, riel, rubles, translation. Bookmark the permalink.