Posted on April 9, 2015 by Agingadventurer

My parents had a home in Ajijic, Mexico for a while, my sister lived in Mexico for years and my daughter lived and worked in Hong Kong for almost 3 years. These inspirations encouraged me to try living elsewhere too.

A few years after retiring,  I realized that my residence in San Diego was confining in that I could not afford to travel as much as I would like.    I looked at my home as part of my retirement “plan” so selling it and moving might afford me something like what was promised on that show, “International House Hunters”.  Living less expensively but with the same life style was intriguing.

I busied myself with hours  of online research. In many of the sites Panama was listed as a top choice.  Years before I had visited Panama City,  the canal and Colon and actually met a woman who was selling property to foreigners. However my new discoveries led to the mountainous area of Boquete in the Chiriqui Province. Supposedly on a clear day, one could see both the Pacific and the Caribbean if one was on top of Volcan Baru!  While technically a rain forest, it promised warmth, friendliness, and a welcoming of ex-pats from all nations.  Further study indicated that there were many micro-climates in the area (even though I wasn’t really sure what that meant!) 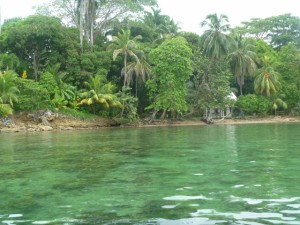 I planned on visiting this area multiple times before the big move. I planned to go for two weeks in June which offers up the worst weather;  then going back for a full month in August before making the final decision. Unfortunately I tore my Achilles tendon the end of May!  The doctors insisted I should not travel with a cast on my leg, but as I buy non-refundable tickets I was not about to change my plans….the crutches added a whole new dimension.

As part of my extended plan I purchased a book by a woman who successfully made the move years before with everything one might need to know included within the covers.  I also joined an online community forum that allowed me to “meet” some of the characters I would encounter in the near future. 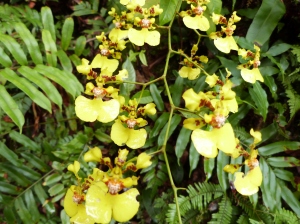 I went, I enjoyed it, and I met many wonderful people.  I discovered that I was brave, tough and resilient, not that I expected anything less but reconfirming.  There are so many stories connected with this adventure and I will be sharing them periodically over the next few months. Unfortunately I only stayed about 15 months, mostly because I discovered I was not ready “to settle down”.

I have now visited over 100 Countries and hope to add at least 5 every year.
View all posts by Agingadventurer →
This entry was posted in travel and tagged best places to retire, ex-pat, International househunters, Panama, rain forest. Bookmark the permalink.

3 Responses to Best Places to Retire….