Posted on August 10, 2015 by Agingadventurer

The hotel had a notice board in the lobby warning their guests about scams in the area….with Western tourists being the victims.  Good looking young couples will approach you speaking good English and engage you in small talk.  They ask questions, making you feel that you truly are the delightful person you imagined!  Before long they invite you to a tea festival and will take you to some backroom where their accomplice gives you a cup or two of tea and a huge bill.  I was approached once by such a couple as I was leaving the metro station at Yu Garden. 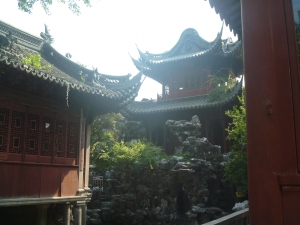 The same day I was asked by another young couple if I would take their photo at the Bund.  I did and they treated me like a lost friend, discussing travel plans and the like.  I became suspicious, unsure of what they wanted so I made an excuse and left quickly.  I felt a little guilty that I might have acted rudely but those feelings were set free the following day when the same couple asked me to take their photo at the same place with no recollection that I was their “mark” before!  Still not sure how they were going to get my money though.

I thoroughly enjoyed two sites that I had missed in my two previous trips to Shanghai. One was the famed marriage market where parents hawk their children’s (usually in their 20’s or 30’s) attributes in hope of meeting parents of a suitable mate.  While there is no money changing hands, if parents like each other they set up a blind date for their available offspring.  It is apparently successful and happens in People’s Park on weekends. I guess it is not considered a scam even by the agreeable kids who have had obedience instilled upon them early in life. 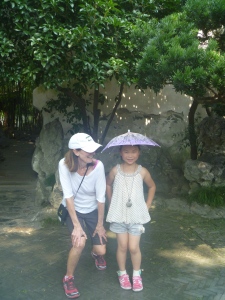 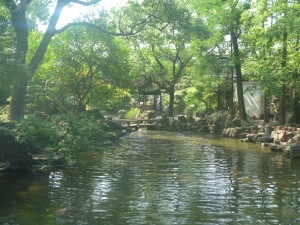 And I finally found Yu Garden, hidden away among tourist shops….truly a respite in this busy city on a hot summer day.

I have now visited over 100 Countries and hope to add at least 5 every year.
View all posts by Agingadventurer →
This entry was posted in travel and tagged Marriage Market, People's Park, scams, Shanghai, tea festival, the Bund, Yu Garden. Bookmark the permalink.

1 Response to Scamming in Shanghai