I’ve always made use of public transport while traveling and have found it to be reliable and cost-effective.  However, this time I was staying in a less touristy area of Paris and found many of the streets to be under some sort of construction.  No one at the hotel seemed to know where the alternate bus stops were or perhaps they simply could not explain it to someone with severely limited comprehension of French. 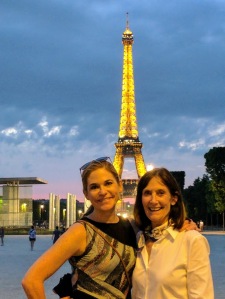 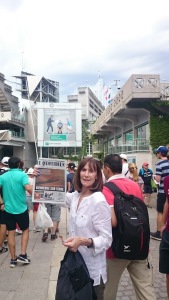 My daughter and I were off to the French Open Tennis Tournament, a bucket-list item, and were frustrated with our inability to find the right bus.  After several attempts at asking for help, a gentleman responded to my inquiry with a sexy accent in English and said, ” oh no, take oohbear, and hurry, the tennis starts at 11!” 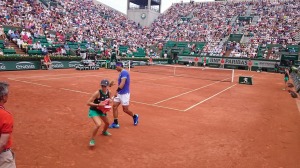 A word of warning to others who have used viagogo to buy tickets:  The official French Open site has broken ties with them and made it most difficult for us to enter.  After waiting in line with everyone to gain access to the site, entrance was refused and we had to wait in another long line to fill out forms and answer questions. The stress level when we finally were admitted kept us both from even remembering who we saw that first day. Luckily the second day tickets were official and some of the best seats in the stadium! We watched Rafael Nadal at close range win his first match as easily as he won his last one.

I have now visited over 100 Countries and hope to add at least 5 every year.
View all posts by Agingadventurer →
This entry was posted in travel and tagged French Open Tennis, Rafael Nadal, Uber, via go go. Bookmark the permalink.